When sixteen-year-old David signs a contract for his kid brother Jockel behind his parents’ back he little imagines what a catastrophic turn their lives are shortly going to take. Before long David and his parents begin to notice a worrisome change in Jockel. When David and Julie, his first love, start investigating they come to uncover a hideous crime… Adriana Stern’s novel is a gripping romantic thriller whose well-researched exposition of the perfidious methods used by paedophiles will doubtless heighten the awareness of the lurking menace of sexual abuse.

Shortly after attending a casting session for young talents eleven-year-old Jockel begins to change, showing aggressive behaviour, yet at the same becoming reclusive and self-absorbed. What’s more, a similar change has come over David’s best friend, fellow computer freak Chip, an alarming mixture of aggressiveness and reticence. So where does Chip get all this money that he’s throwing about? And why did he flip when Jockel told him about his forthcoming casting session for the movie agency?

Together with his girlfriend Julie David eventually uncovers the terrible secret behind Chip’s and Jockel’s silence.

By the same artist

Then there was Sunny

When new pupil Sunny joins her class, Kinneret’s well-ordered life takes a turn. Sunny is so utterly... different. Then this shady character turns up who peddles drugs right next to ... 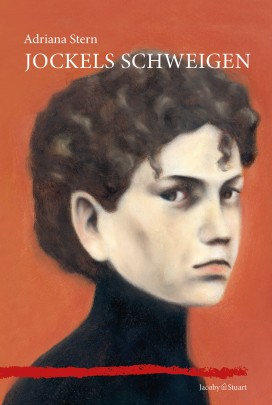 Born in the Rhineland in 1960, Adriana Stern is an author, gestalt therapist and circus trainer. She has worked in various institutions for young female offenders and in youth centres, and offers writing workshops for children and adolescents, specializing in poetic self-analysis. She has already written three novels for young readers. Adriana Stern lives and works in Cologne. Her novel "Und dann kam Sunny" (Then there was Sunny) was published in 2010.